At the September 14 luncheon on Coney Island, Ms. Constantino and Edward Matthews, President & CEO of CP of NYS Affiliate ADAPT Community Network, were recognized for their lifelong advocacy and personal devotion to assure opportunities for people with developmental disabilities. Both leaders said that they were honored to have numerous employees and people they support present to witness the ceremony and, more significantly, both were introduced by people they’ve known and helped support over the years who told of the profound influence each of the awardees had on their lives.  Congratulations to Susan and Ed for this well-deserved recognition!

House and Senate Republicans have taken steps to advance their respective federal fiscal year 2018 budget blueprints, the initial steps in a process that would ultimately allow the Senate to pass tax reform legislation with a simple majority of 51 votes. These budget blueprints could be used to cut Medicaid and Medicare by hundreds of billions of dollars.

The House passed its budget resolution on October 5th in a 219-206 vote. Eighteen Republicans, including New York Representatives John Katko (R-Syracuse) and Peter King (R-Seaford), joined all House Democrats in opposing the budget. Concerns about reductions to Medicare and Medicaid figured into the decisions of Representatives Katko and King to oppose the budget.

The House budget provides instructions for committees to develop a deficit-neutral tax overhaul bill that achieves at least $203 billion in mandatory spending reductions over the next decade. The $1.1 trillion budget would increase defense spending by over $600 billion in this fiscal year and assumes enactment of the House-passed ACA repeal bill, the American Health Care Act, along with all of its savings. A major point of contention among Republicans opposing the budget is the potential elimination of the state and local tax deduction to help pay for new tax cuts.

Meanwhile, the Senate Budget Committee approved its version of the 2018 budget, along party lines, which would reduce spending by over $5.1 trillion. The Senate budget also instructs committees to come up with legislation to overhaul the tax code, but would allow for up to $1.5 trillion in deficit spending over the next decade. The Budget Committee is allowed to alter the instructions to the Finance Committee to call for healthcare savings. Democrats have raised this concern, indicating that the proposal could cut Medicaid spending by $1 trillion and Medicare spending by nearly $500 billion over 10 years.

The House and Senate would eventually have to agree to identical budgets in order to use the 2018 budget reconciliation process to pursue changes to tax policies.   On Thursday, the Senate adopted changes worked out between House and Senate budget writers with the goal of avoiding the process of going to conference.

Please contact Barbara Crosier at bcrosier@cpofnys.org with any questions.

CP OF NYS GOES TO WASHINGTON

CP of NYS recently joined colleagues from Franziska Racker, COPA agencies and associations from New York State and across the country for the ANCOR meeting in Washington D.C.  We met with staff from Senators Schumer and Gillibrand’s offices as well as staff from Representatives Reed, Donovan, Zeldin and Tonko’s offices.  A few of us started the morning with an insider’s tour of the Capitol by Rep. Tonko’s staff, went to various meetings and joined Senator Schumer and numerous Senators at a rally outside the Capitol fight against Medicaid cuts and save our healthcare.

The main discussion during our meeting was the need to preserve Medicaid funding, which supports at least 90% of all supports and services for people with developmental disabilities in New York State. In addition to preserving Medicaid funding, there were two other federal initiatives that we discussed with the New York Delegation – one is seeking support from the House and Senate to write letters to the Commissioner of the Bureau of Labor Statistics to create a “standard occupational classification” or SOC for Direct Support Professionals (DSP’s). Since there is currently no such classification, DSPs are in the home care classification which doesn’t reflect the complexity and professionalism required by our workforce.  Additionally, there currently is no available data on vacancy, turnover, salary rates, etc., for DSP titles. The second request is for technology funding which could assist with our staffing crisis, provide cost savings and greater independence for the people we support.  Technology funding includes remote passive and interactive audio and video supports, sensors and in-home communication devices which would provide cost efficiencies and improved quality of life. We are asking House and Senate members to send a letter to CMS Administrator Seema Verma in support of our request.  Everyone we met with was very supportive of our requests and we will continue to work with all of the Affiliates and the New York State Congressional Delegation to preserve Medicaid funding and enhance the independence of New Yorkers with developmental disabilities. 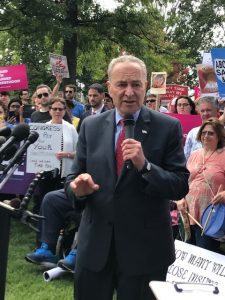 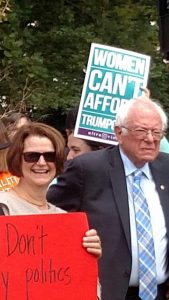 As of October 13, provider agencies under the auspices of the NYS Justice Center will be required to submit information about what administrative actions they have taken with respect to subjects of substantiated allegations of abuse/neglect.  This information will need to be provided through a new web application called the Administrative Action Reporting Mechanism (AARM).

The Justice Center link with step by step instructions, and all other relevant links, can be found HERE. 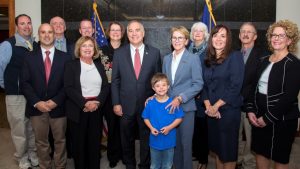 “This program offers families and individuals with disabilities some peace of mind as they plan for the future,” DiNapoli said. The NY ABLE program allows New Yorkers with disabilities to save money in their own names without risking their Supplemental Security Income, Medicaid and certain other means-based benefits. NY ABLE accounts, also known as 529A accounts, can be opened with a minimum contribution of $25. The program was modeled after the 529 College Savings Program.

Earnings and distributions from NY ABLE accounts are tax free provided the funds are used for qualified disability expenses. These include costs for education, health and wellness, transportation and housing, among other expenses. Users can access funds in several ways, including an optional checking account and debit card.

“On behalf of our 24 Affiliates across the state and the more than 90,000 people with disabilities we support, I want to thank State Comptroller Thomas DiNapoli, Assemblywoman Aileen Gunther, Senator David Carlucci and others who worked to make the NY ABLE Program a reality,” said Susan Constantino, President & CEO of the Cerebral Palsy Associations of New York State. “This program will provide families with a safe way to help make the future more secure for their loved ones with disabilities.”

To set up an account, go to www.mynyable.org or call 1-855-5NY-ABLE. A copy of the program’s disclosure booklet and participation agreement is available HERE.

Three CP Affiliates will receive funding from New York State for the development of supportive housing units across the State.  AccessCNY, Aspire of WNY, and Happiness House were among the award winners.   This funding, part of the Governor’s second round of awards, is for services and operations related to permanent supportive housing units to provide rental assistance and services to eligible target populations to ensure their housing stability. These awards will allow applicants to secure separate capital funding to finance the development and construction of their housing projects.

For details on the populations and services covered under the funding, and a complete list of organizations that will receive this funding, view the Governor’s press statement HERE.

The Rockefeller Institute of Government has released a report, Giving or Getting: New York’s Balance of Payments with the Federal Government, to examine what states gave in tax dollars versus what they received from the federal government.

The Rockefeller Institute of Government report found that:

The People With Disabilities Foundation (PWDF) is continuing the development of its pilot grant program to support the work of other agencies to integrate people with psychiatric and/or developmental disabilities into society. To that end, grants of up to $12,500 will be awarded in support of programs, projects, or general operating expenses related to advocacy, education, vocational, or other areas of particular interest, including full-scale legal representation where there currently is a void in such representation for people with disabilities.

Letters of Interest must be received no later than November 6, 2017. Upon review, selected applicants will be invited to submit a full proposal.  For application information, please visit HERE.